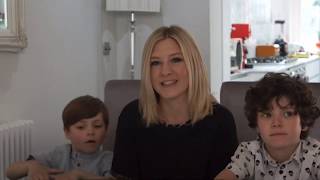 Being in a Darkness Video!

Last year (Jan 2016) life was just getting back on track before Beren was diagnosed with type 1 diabetes. I was a divorced single mum living on my own with two sons. Viggo was five and Beren was three. I worked part time at a nursery. I’d lost a lot of weight suffering from minor anxiety and trying to sell the family home my ex-husband and I owned. I’d taken up singing soprano again with a pop choral group Shades of Blue and was starting to feel better. I was a professional singer before I had children so it really helped to make me feel like me again!

Then I started to notice Beren drinking and needing the toilet a lot more. He’d never wet the bed, but started to. This went on for weeks before I realised this was a problem. His older brother and dad have rare form of Diabetes called Diabetes Insipidus which affects water retention, expecting him to have the same I took him to the doctors.

People with Diabetes Insipidus have poor water retention because of a missing hormone. Although easily controlled with medication it is serious when getting a dehydrating illness or no access to water. For example Viggo has been hospitalised becoming severely hydrated caused by a simple stomach bug.

Being a rare form of diabetes Beren was referred to Alderhey children’s hospital as an emergency patient. I started to give him a small dose of his brother’s medicine as the doctor agreed we should whilst we were waiting for an appointment.

I noticed the symptoms Beren had being the same for Diabetes Insipidus. But I could have missed them like many other parents and doctors have until their child is unconscious (diabetic ketoacidosis).

Worried I kept calling his doctors and Alderhey as his drinking and weeing was out of control.

Eventually it was a student nurse that asked if any doctors had tested his urine as it could’ve been a water infection. Going back to the doctor he reluctantly tested his wee. Whilst saying to himself “it’s obvious he’s got what his brother and dad has got”, he stopped mid-sentence to say “I’m really sorry I’ve been so focused on family history we hadn’t considered type 1 diabetes. Beren has glucose in his wee and you need to go to A&E immediately”.

At the time was unaware how serious it was. Even after diagnosis I didn’t understand the complications and how difficult it would be to control. The doctor phoned the next day to apologise, and I’m certain he won’t make the mistake of not doing a urine test again! I was slightly concerned when I found out later when we were sent back to him for advice he was the surgery’s diabetes specialist.

I found out later that it was life threatening for Beren to have been taking Viggo's medication as this was stopping him from passing sugar out of his body causing diabetic ketoacidosis to happen. Diabetic ketoacidosis is when blood turns acidic, in other words blood poisoning which can cause a coma or even death if not treated in time.

I want all parents to know if your child is really thirsty and urinating a lot please demand a urine test. It takes the doctor a few seconds to do. I’m shocked I’d been waiting for weeks with Beren’s life in danger without the doctor performing this simple test! Children die being misdiagnosed.